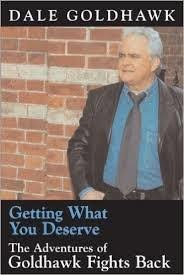 Then there was the King of the Runners.  Reverend Narvin Wray Clarence Edwardson.  He was the fastest, the biggest, the slipperiest and the oldest sleazy marketer we ever chased.  For many years, Edwardson, a cunning cockalorum who called himself the Moderator of the Baptist Church of Southeast Asia, preyed on pensioners and churchgoers in much of western Canada.

Following his paper trail, we estimated he had been able to get investors to give him close to $7 million for his various schemes–everything from used cars to rice programs at orphanages in Manila, to complicated projects involving giant industrial machines that were supposed to fight pollution.  We never met anybody satisfied with the “investment” they had made with Edwardson.

We got onto his trail trying to help retired business executive Tom Johnson, who lived in Kelowna.  Johnson gave Edwardson, in total, $300,000 as an investment in the used car business.  It didn’t work out.  Johnson lost almost all the money.

How did it happen?  Edwardson steeped himself in the righteous bombast of religion.  Once he had his victims believing he was a special man of the cloth, the rest was easy.  Who better to invest with than your friend, the Reverend.  He would often cry and get down on his knees to pray with you, said Johnson.  He spoke with loving tenderness of the orphanage he said he supported back in Manila.  …

In the weeks we

trailed him, we saw him often at a distance.  There he was, driving his Cadillac, disappearing into his house, ducking into a restaurant.  We stayed low, knowing how easily he could be spooked.  We gave up on the idea of trying to tail the Cadillac.  He was too smart and too careful to be followed.  One day all of us were brainstorming over the problem.

“It’s too bad we couldn’t track him electronically,” I said.

“Well, we could, you know,” said our chief gadget guy and sound man, Jim Ursulak. “They use these little transmitters in TV sports shows, to keep track of skiers in the mountains.  They have a range of 7 miles.”

“Geez, can we get one?” asked Laurie.

“Sure. Give me a day,” said the man who knew more about electronic neat stuff than anybody I ever met;  … we followed this signal all the way to West Vancouver.  It became stationary again.  After another half-hour, we had tracked it to the posh Salmon House Restaurant, up in the hills overlooking Vancouver.  The Reverend was inside.

Suddenly, he came striding out the front door all by himself, his table companions were still behind in the restaurant.  With the camera lights off, I walked up to him in my best jovial manner and said:  “Reverend.”  I stuck out my hand.

“Reverend, we need to talk about money,” I said.  As soon as the magic word was out of my mouth, his big smile vanished, he jerked free of the handshake and began trotting away.

“Light him up,” I shouted and off we all went on a jog.  I shouted after him to stop several times but the Reverend, usually never at a loss for words, said nothing.  I thought he would jog to his Cadillac and drive off.  No way.  He jogged to the end of the parking lot and then out onto the roadway, heading for the nearby highway.

As soon as he reached the highway, he kicked up into a sprint.  Man. Could this guy run.  He was a very young 68.  We clattered after him, gear and all, trying to keep up.  At one point, halfway down a huge hill, he ducked off into the bush.  We caught up and began shining the light up into the trees, trying to figure out where he had gone.  There he was, lying on his side in the grass, on a steep slope, talking on his cell phone.  He slid down toward us, trying to get up.  We had no choice but to bounce the light off his huge ass as he scrabbled to his feet and ran past us.

The cameraman lost his footing and hit the dirt.  We picked him up and continued the chase, across the busy highway.  A big black car screeched to a halt.  Edwardson jumped in.  It was gone.  The Reverend may have been praying for help but he had also called for reinforcements on his cell phone.  Within hours, he called my cell phone.

“Are you going to put those pictures of me on television? he asked.

“But you’ll ruin all the business deals I have going in Canada.”

Read all about it

Read our Blog Posts for crisis-related information. Tips for crisis managers and spokespersons in ‘the corporation.’