Media training is a must today for senior executives in large corporations. The question is, what is it and what does it train one to do? Good question. Media training can be an extremely valuable experience or an exercise in misdirection.

Unbelievably, a great deal of media training is being done by people who have never worked a day of their lives in the news media – for newspapers, magazines or broadcast news – or those who have worked for a year or two in community papers. Very few media trainers are former journalists with years, if not decades, of experience in major metropolitan newspapers or national broadcasting outlets. Those who are thus qualified often borrow their practices from media trainers they have seen in action and have not crafted their own training regimens. 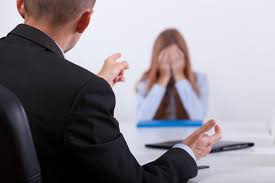 If you are an executive or PR person seeking media training, avoid, like the plague, the trainer who does his or her best to frighten members of the class. For some reason, many media trainers paint journalists as loaded-for-bear, super aggressive attackers out to paint every business person or government rep as a devil. These trainers usually tell their classes to follow the script religiously and to avoid answering questions at all costs. They conduct mock interviews during which they yell at their students or treat them as if they are in the dock answering questions about abusing children.

The only result of a trainer who portrays reporters as grand inquisitors is a group of execs who will do all they can never to accept an interview request. At the very least, they are apt to graduate students who will set so many conditions and terms for interviews, no self-respecting journalist would go anywhere near the spokespersons or the organizations they represent.

A good media trainer will explain the media’s goals, basic operations and rules of conduct. Some media members are too aggressive and doubting for their own good. The pros in the business – and it is a business – are intelligent enough to ask fair questions and to treat interview subjects with the respect they deserve. Most journalists truly are unbiased and practical people. They don’t yell or posture or make uncomfortable demands. Most interviewees have nothing to fear, unless they lie, and much to gain.

Good media training is worth a great deal to any organization. Bad training that scares students is worse than no training at all.

Read all about it

Read our Blog Posts for crisis-related information. Tips for crisis managers and spokespersons in ‘the corporation.’